You’ve might have heard the statistic. As many as 45 million Americans have student loan debt — amounting to about $1.49 trillion total.

Sen. Elizabeth Warren has proposed eliminating the student loan debts of tens of millions of Americans, which her campaign says would be financed by a proposed wealth tax. She’s been promoting her plan by encouraging people to share their experiences on Twitter with the hashtag #CancelMyDebt.
CNN reached out to some of these people, and they all agreed on one thing. They’re tired of others telling them they should have made better decisions, because they think the current system has set them up to fail. Here’s what they said: 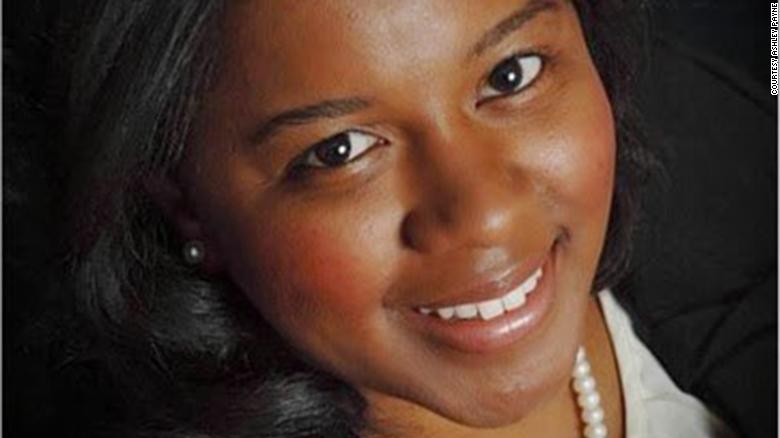 Ashley Payne says she can’t afford to live on her own or replace her faulty car.
Ashley Payne was raised by a single mother and was the first person in her household to go to college.
She enrolled in Fisk University, a private, historically black university in Nashville. The school initially gave her a generous financial aid package: She qualified for work study, a Pell Grant and received additional scholarships. To cover the gaps, she took out federal loans from the Department of Education.
The next year, Payne said she was told her mother made too much money to qualify for the Pell Grant. She lost that funding and her work study job. She applied for more scholarships and received two, but it still wasn’t enough. She had to take out more loans.
By her senior year, Payne said she had reached her borrowing limit from the Department of Education and had to take out a private loan. She said she graduated college with about $50,000 in debt.
Payne wanted to become a prosecutor, so she applied to law school and was accepted at Emory University, a top-ranked program. She said she got a small scholarship, but nowhere near the full cost of tuition, so she had to take out even more loans. Sure, it was expensive, but an impressive name was supposed to open doors.
“When you are a young black person in this country and you’re raised by a single mom, going to college is an extreme accomplishment,” Payne said. “What makes it more prestigious is if you can go to the best school that’s available to you.”
Now Payne said she has about $330,000 in debt. Finding sustainable, full-time work has been difficult, and because she wants to go into public service, the jobs don’t pay well. Also, having to make monthly payments, she can’t afford to live on her own or replace her faulty car. 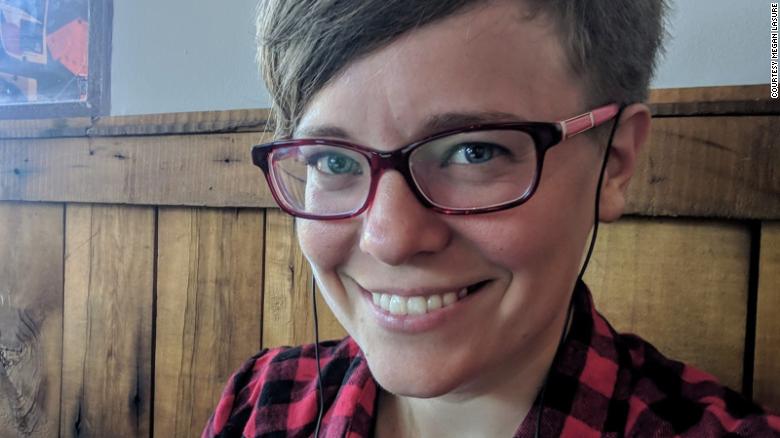 Megan Lasure says it was hard to keep up with the rising costs of tuition.
Megan Lasure is an epidemiologist working on antibiotic resistance. It’s important work, she said, but to get the education required for the job, she had to take on a significant amount of debt. She said she has about $75,000 in loans, most of which are from her master of public health degree.
Lasure said she felt like she did everything she was supposed to do.
She got both her undergraduate and graduate degrees at the University of Wisconsin-Madison, a public university where she qualified for in-state tuition. She got a scholarship that covered most of her tuition for her first undergraduate year, and to cover everything else, she only took out federal loans.
But she said it was hard to keep up with the rising costs of tuition.
“My parents used to be able to work a summer job and pay for their college,” Lasure said. “Before I went to my freshman year, I worked in a factory, ‘third shift,’ making catalytic converters from the day I graduated high school to the day I went to college. I didn’t even make enough to cover my room and board for my freshman year.”
The average salary for an epidemiologist in Madison, Wisconsin, is about $61,000, according to Glassdoor, and Lasure said she’s paying about $500 a month toward her student loans. She said that she and her husband wish they could use the money they are putting toward their loans to pay off their mortgage, or to pay for child care for their first baby, due in August.

How to legally and ethically increase your college-related tax deductions and tax credits.

Ways to send your child to an expensive private college for less than a state school.

Methods for picking the right schools that will give you the best financial aid packages.

The formula the U.S. Department of Education uses to calculate your Expected Family Contribution (EFC) and which assets are taken into consideration.

Strategies for creating a plan for college in any economy without relying on 529 plans, expensive student loans or raiding your retirement accounts.

Smart ways to lower your “out-of-pocket” costs and get the maximum amount of financial aid from each school.

How to increase our college-related tax deductions and tax credits.

College Funding Experts does not provide investment advice or tax advice. Please consult with a licensed investment adviser and/or a tax professional before implementing any strategy. Information presented on this website is for educational purposes only and does not make an offer or solicitation for the sale or purchase of any product or investment.